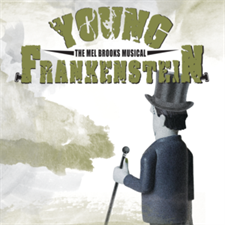 WAPPINGERS FALLS, NY ? County Players, one of the longest running community theatre companies in the area is proud to present the Musical Comedy ?Mel Brook? Young Frankenstein? based upon his film. With Book by Mel Brooks & Thomas Meehan, Music Lyrics by Mel Brooks, the production is directed by Kevin Barnes. The show opens May 6 and runs until May 22.

From the creators of the record-breaking Broadway sensation, The Producers, comes this monster new musical comedy. The comedy genius, Mel Brooks, adapts his legendarily funny film into a brilliant stage creation ? Young Frankenstein! Grandson of the infamous Victor Frankenstein, Frederick Frankenstein, (pronounced ?Fronk-en-steen?) inherits his family?s estate in Transylvania. With the help of a hunchbacked sidekick, Igor, (pronounced ?Eye-gore?), and a leggy lab assistant, Inga (pronounced normally), Frederick finds himself in the mad scientist shoes of his ancestors. ?It?s alive!? he exclaims as he brings to life a creature to rival his grandfather?s. Eventually, of course, the monster escapes and hilarity continuously abounds.

The cast showcases the local talents representing communities throughout the Hudson Valley. Director Barnes says: ?I've used ?Young Frankenstein? as part of my personal comic lexicon since seeing the film (in a movie theater in the 70's!), so bringing it to life, so to speak, on the stage has given me, our cast, and crew the opportunity to really experience Mel Brooks' comedy in very personal ways. Come see the monster we're building in Wappingers Falls!? 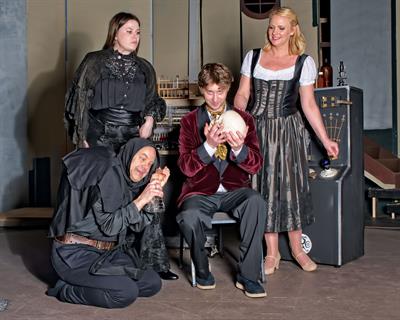